Why smoothies aren't so innocent 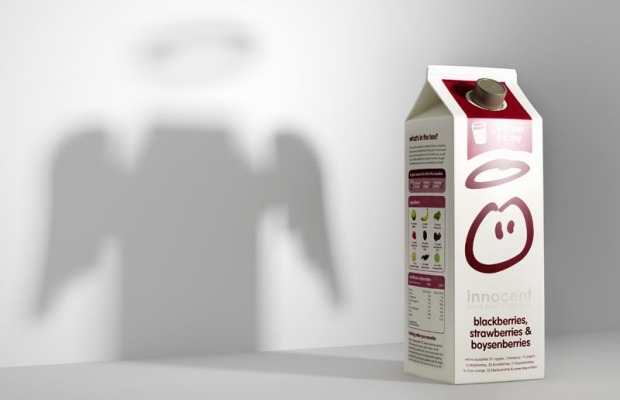 Scientists in the US are warning of the dangers of consuming 'healthy' smoothies and fruit juices, claiming that drinks high in fructose (the naturally occurring sugar in fruit) is contributing to the obesity problem rather than making people healthier. The claim by companies like Coca Cola, who own Innocent smoothies and PepsiCo, who launched Tropicana smooties in 2008, is that smoothies are a convenient way of getting your 5 a day.

However, whilst smoothies DO provide a fruit fix, the amount of fruit, and hence the amount of fructose, in a typical smoothie is actually too high and is equivalent to eating up to six oranges or drinking a large 'full fat' coke. This means that a person who drinks smoothies on a regular basis will consume high levels of sugar, which results in spikes of insulin release and the level of stored fat being increased.

Drink a smoothie and eating normally

The other reason smoothies seem to be contributing to the rise in obesity is that people view drinks differently to food and so even after consuming a smoothie, people are still willing to eat normally, raising their daily calorie consumption.

Whilst fructose is a naturally occurring sugar found in fruits such as apples, oranges, pears, mango and others, once consumed fructose turns to sugar in the same way that the sugar in coke and other soft drinks do. This means drinking a smoothie, like drinking any beverage high in sugar, refined or natural, will increase a person's calorie consumption.

Further evidence supporting the theory that consuming fruit juices came from a study published by the BMA, British Medical Association. Scientific teams in the UK, USA and Singapore found that those who ate whole fruit, especially blueberries, grapes and apples, were less likely to get type 2 diabetes, than those who drank fruit juice.

The increase of smoothie consumption is on the rise

The British Soft Drinks Association report consumption of soft drinks containing added sugar has fallen by 9% over the last 10 years, while the incidence of obesity has risen by 15%, which is a worrying statistic for the government who are keen to reduce the on NHS by people who become ill due to the side effects of obesity - diabetes, coronary heart decease, stroke, heart attacks and poor health.